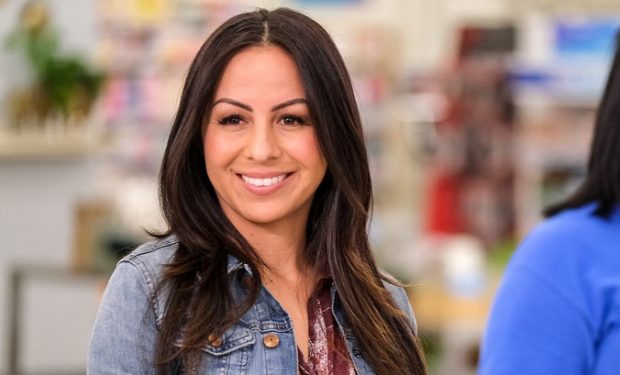 Who Is Union Leader Robin Green at Cloud 9 on ‘Superstore’?

In the Superstore episode “Sandra’s Fight,” Sandra (Kaliko Kauahi) returns to Cloud 9 after being fired for talking about forming a union at work. When it’s discovered that firing her for that reason is considered discrimination, Sandra is re-hired and pumped up about unionizing. While Amy (America Ferrera) and Dina (Lauren Ash) go to corporate headquarters and have a talk with pinstripe suit wearing Claudia (Ana Ortiz, Ugly Betty), union leader Robin Green comes to talk to Cloud 9 employees.

Robin Green is portrayed by Anjelah Johnson. The stand-up comedian and actress was an Oakland Raider cheerleader, a Raiderette, and even cheered during Super Bowl XXXVII in 2004 (alas, the New England Patriots won), before she launched her acting career in 2006 on MADtv. Johnson appeared once on Ugly Betty with Ferrera and guest star Ana Ortiz (who plays Cloud 9 corporate exec Claudia) in the 2010 episode “Chica and the Man.” Superstore airs Thursdays at 8 pm on NBC.

Once a cheerleader always a cheerleader! (Also clearly I’ve always had a case of RBF) We are at almost 6k raised!!! Just a few days left to help me get to my matching grant where I will match every dollar my fans donate up to $25,000!❤️🙌🏽 Info below: My childhood had its own ups and downs but at the end of the day I had a family that loved and supported me and helped me become the woman I am today. Not every child has that. This year for my birthday (May 14th!) I have decided to GIVE hope to kids who need it and I’m asking all of YOU to help me! I am pledging to match every dollar my fans give up to $25,000!! Together we are going to donate to @uheroes And help rescue children out of sex slavery. Just last month Unlikely Heroes recovered 16 new kids from slavery. The youngest being 18 months old and the oldest in the group was 16. This is REAL you guys! You can be a REAL hero to someone who needs you. You can donate in honor of my birthday all week long! ☺️😘 Thank you for your generosity! Text ANJELAH to 444-999 to donate!!! Let's all be heroes! #endsextrafficking #endit #happybirthdaytome!

Check out her stand-up routine at The Laugh Button…