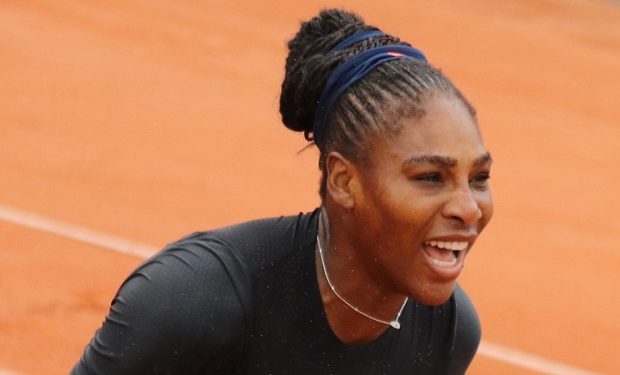 Novak Djokovic, the professional tennis player who is currently ranked world No. 1 in men’s singles tennis and who has won 15 Grand Slams, met the daughter of Serena Williams, who has also been ranked world No. 1 in singles tennis and has won 23 Grand Slam titles. Last year, when in Rome for the 2018 Italian Open, Djokovic met and held Williams’ adorable one-year-old daughter, Alexis Olympia Ohanian, who wore a cute AC/DC t-shirt.

Both smiled for the camera even though Djokovic lost in the semi-finals to Rafael Nadal, who won the title.

That time I met @djokernole you know my ole pal

This week, both Djokovic and Willams are back in Rome on the clay courts for the 2019 Italian Open which started today, May 15. Djokovic and Nadal both made it to the second round. Serena withdrew (injured knee) from her first match against her sister Venus Williams.

P.S. That Novak and Alexis photo was taken at the Waldorf Astoria luxury resort Rome Cavlieri, home to the city’s only 3-Michelin star restaurant, where guests can “bathe like a Roman emperor” in the hotel’s hammam (Turkish Bath). It’s hard to get a room for under $1000/a night. Not a bad place to retire to after having to withdraw from an Open.