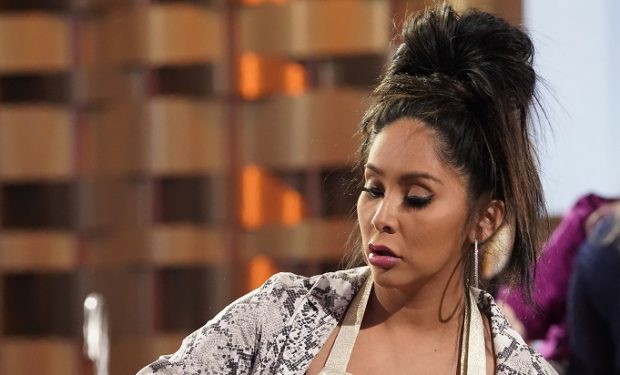 On the series premiere of MasterChef Celebrity Family Showdown, The Real Housewives of Beverly Hillsstar Lisa Vanderpump and her daughter Pandora go head-to-head against Jersey Shore stars Nicole “Snooki” Polizzi and Jenny “JWOW” Farley. Both teams of women are showing off their culinary skills for canine charities. Snooki is pregnant with her third child with husband Jionni LaValle.

In one scene in the MasterChef kitchen, Snooki raises her hand to celeb chef and MasterChef host Gordon Ramsay, who doesn’t seem to take offense to the dismissive gesture. 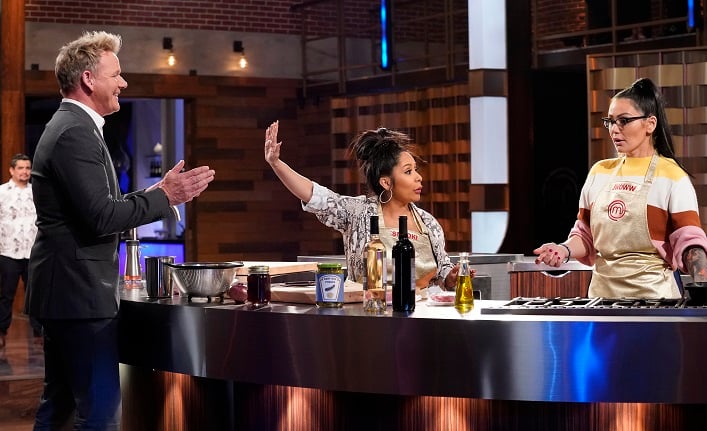 So blessed to be their mawma! Now spoil me this weekend 🤪 ( tank & hat: nicolescraftroom.com )