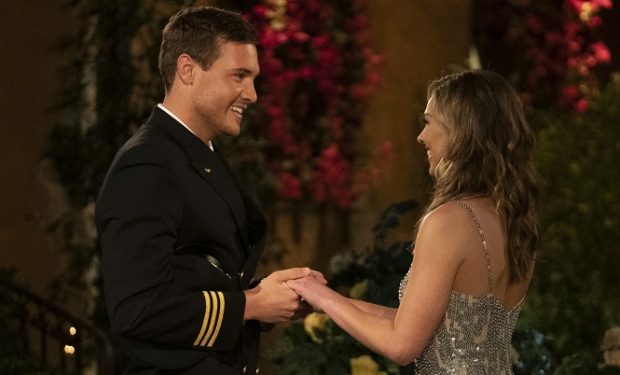 The Bachelorette is back for Season 15. This year, former Miss Alabama USA Hannah Brown is the Bachelorette. And there’s a twist! Hannah doesn’t have to try to figure out things on her own. Former Bachelorettes from Season 23 of The Bachelor, Demi Burnett and Katie Morton, will keep an eye on her suitors when they’re not with Hannah — via surveillance cameras. Two serious contenders this season are Luke Parker, a 24-year-old former baseball player from Georgia, and Peter Weber, a 27-year-old pilot from Westlake Village, California. 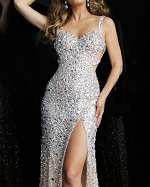 [Hannah wears a sequin dress like this one by Jovani]

According to MaxPreps, the 6’3”, 190 lbs. bachelor Peter played football at Oaks Christian High School, where he graduated in 2009. The private prep school (which opened in 2000) is known for its football program. Peter played with fellow OCS classmates Nick Montana (son of Hall of Fame NFL quarterback Joe Montana), Trey Smith (son of actor Will Smith), and Trevor Gretzky (son of NHL legend Wayne Gretzky).