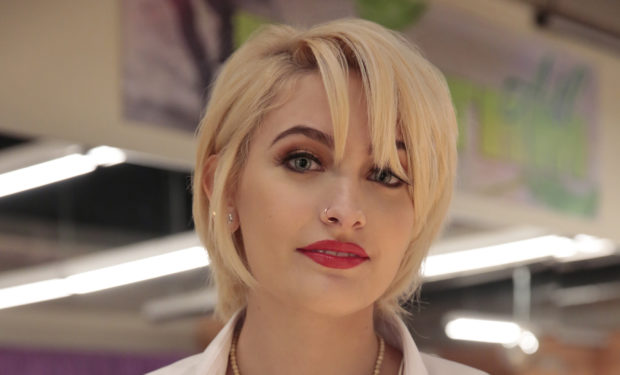 Paris Jackson spent Mother’s Day with her father Michael Jackson‘s mother, Katherine Jackson. The matriarch of the famous Jackson family is now 89. Her husband Joe Jackson, the father of her 11 children, died in June 2018, at the age of 89.

The 21-year-old Paris posted a photo of her with her grandmother on Mother’s Day. Paris wore a tube top exposing many of the tattoos scattered across her arms and shoulders. She refers to her grandmother as “the queen.” Paris’s mother is Debbie Rowe, who in August 2009 reached a settlement with Katherine Jackson, Paris’s guardian after her father’s death, under which Rowe was granted rights to supervised visitations.

and of course, the queen. ♥️ #mothersday

Paris Jackson launched her acting career on the TV series STAR as Rachel Wells. She made debut on the big screen in the dark comedy Gringo with David Oyelowo, Joel Edgerton and Charlize Theron. You can see Paris next in the film The Space Between with Kelsey Grammer. It’s about a young man who struggles to make his way in the music business.

With her dad and brother Prince…

happy birthday my darling gooko you have grown into such a strong and brave and handsome young man and there are no words to express my gratitude for you and how proud i am of all the things you do. you are the greatest big brother anyone could ever ask for, you are my rock, my anchor, my ride or die. i know you know all of this and it’s a lil unnecessary cuz we’ve got that weird but cool twin telepathy shit goin’ on but the gram will be the gram so here you go. i love you with all of my heart and soul til the sun goes black and even after that ♥️