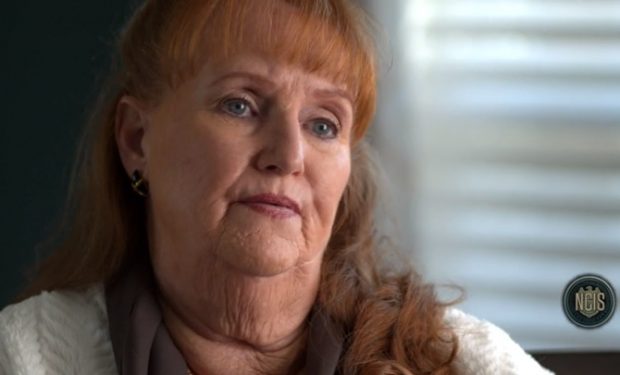 NCIS: The Cases They Can’t Forget is back for a third season with a two-hour premiere. The first Season 3 episode “Road Map to Murder” investigates the 2007 murder of 30-year-old U.S. Naval Officer Cory Allen Voss. The second episode “Heartless” investigates the 1982 murder of Lt. Lee Hartley who fell mysteriously ill serving aboard the USS Forrestal while deployed in the Mediterranean.

Lt. Hartley was the legal administration officer on the ship (of about 6,000 service people) which means he was the disciplinary officer. It was his last deployment — he had planned to retire. An FBI agent on the case said: “It was a slow, methodical, painful six months that Lt. Hartley suffered.”

He was eventually airlifted to a Naval hospital and died months later. The autopsy showed Lt. Hartley died of acute arsenic poisoning.

Fourteen years after his death in 1996, his widow, Pamela Hartley, confessed to poisoning her husband by sending him care packages full of baked goods laced with rat poison. She was sentenced to 40 years in prison. She served only 16.

Now a free woman, she is interviewed by NCIS: The Cases They Can’t Forget, which airs Wednesdays at 9 pm on CBS. According to MilitaryJusticeForAll, as a widow Pamela Hartley received $35,000 in insurance money, $10,000 a year in veterans benefits, and free military medical benefits. She was 29 and had been married a year at the time of his death.