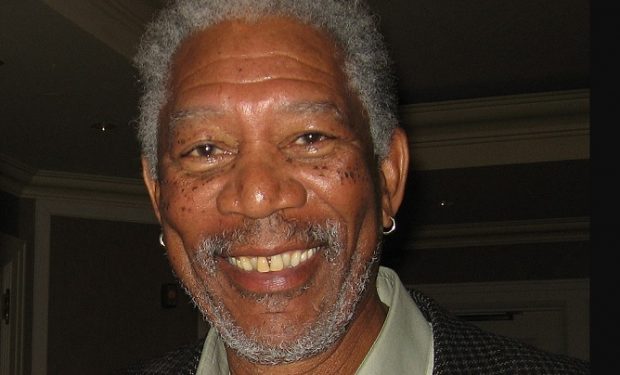 After turning 81 years old, Academy Award-winning actor Morgan Freeman (Million Dollar Baby) joined the world of social media and opened an Instagram account. Since then, over the past five months the veteran actor has posted about two dozen times. His most recent post was an announcement: his TV series Madam Secretary starring Tea Leoni as Secretary of State Elizabeth McCord has been renewed for its sixth season. Freeman is a producer, occasional director, and recurring guest star (as Elizabeth’s former professor, Chief Justice Wilbourne) on the show.

When Freeman first joined Instagram he asked his fans what they wanted to know about him, and he’s delivering. He posted a photo of his younger self airborne in a dance studio. He explains that he played Rudolph, the head waiter, in Pearl Bailey’s Hello, Dolly! on Broadway.

Freeman also answers a question he gets asked all the time: what’s the story behind the two gold hoop earrings he wears? The actor writes: “The truth is, these are worth just enough for someone to buy me a coffin if I die in a strange place. That’s why sailors used to wear them and that’s why I do.” (more below)

These earrings. I get asked all the time about them. The truth is, these are worth just enough for someone to buy me a coffin if I die in a strange place. That's why sailors used to wear them and that's why I do. #NowYouKnow 📷 by @marcogrob

Freeman will appear next (as a crime boss!) on the big screen in the crime thriller The Poison Rose with fellow star thespian John Travolta (Pulp Fiction, Saturday Night Fever) in theaters May 24. Travolta plays a Texan private detective who drinks, smokes and gambles, and tries to solve a murder in his hometown. See trailer below.

I took voice and dance lessons at L.A. City college and went on to dance in a few productions, including Rudolph, the Head Waiter, in Pearl Bailey’s Hello, Dolly! on #Broadway.

The trailer for The Poison Rose…