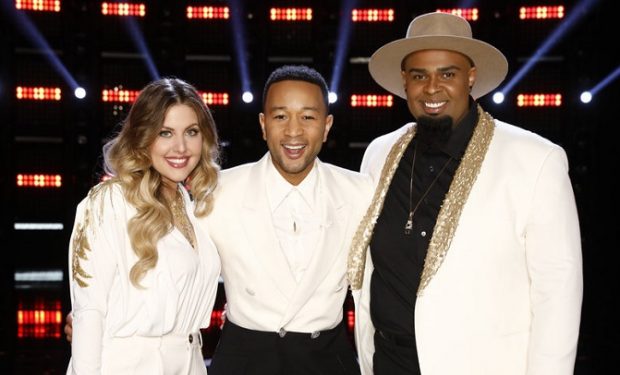 It’s down to the Top 8 on Season 15 of The Voice. Of the eight, five are on Blake Shelton’s team: Dexter Roberts, Gyth Rigdon, Kim Cherry, Carter Lloyd Horne, and Andrew Sevener. John Legend has two: Maelyn Jarmon and Shawn Sounds. Kelly Clarkson has one: Rod Stokes. Adam Levine doesn’t have any artists left in the competition.

So there’s a one in eight chance of a woman winning! For her Top 8 semi-final performance, Maelyn is singing the Rihanna ballad, “Stay.” Maelyn is counting on her growing fan base to vote her through, and that includes family and friends in Texas, where she’s from. 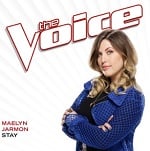 Maelyn’s gorgeous mother (who could pass for her sister, see photos below), Rebecca Jarmon, described watching herself watching her daughter get all four coaches to turn their chairs during her Blind Audition to her local newspaper: “I make all these crazy noises, which is ridiculous. I don’t remember doing any of that.” She added, “You kind of black out for a minute. It was a long day, and she went last.” Look for Ms. Jarmon to be making some crazy noises again! The Voice airs Mondays at 8 pm on NBC, and Tuesdays at 9 pm.

Maelyn and Rebecca look like sisters in this photo…