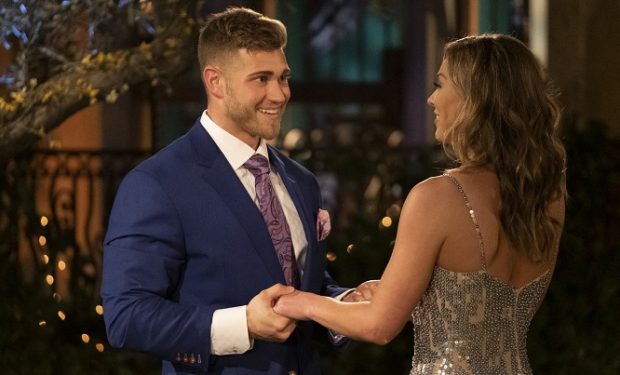 Season 15 of The Bachelorette features former Miss Alabama USA Hannah Brown as the Bachelorette. In the season premiere on May 13, she meets all 30 bachelors who are looking for love. The twist this season is that Hannah is collecting intel on the men from former Bachelorettes Demi Burnett and Katie Morton (Season 23) who are watching via surveillance cameras in the Bachelor Mansion. It’s similar to how Jon Taffer sits outside a bar to monitor bar owners and staff before he busts in on Bar Rescue. At the end of the first episode of The Bachelorette, eight men will be sent home.

It looks like Hannah hits it off with Luke P., the 24-year-old man who describes himself as “a good Christian boy” from Gainesville, Georgia, who had “a religious awakening in college.”

Luke Parker played college baseball at Polk State College in Florida, High Point University in North Carolina, and finally at Faulkner University (Alabama), where he graduated. His sister-in-law Hannah Parker was the one to sign him up for The Bachelorette after “he went through a bad break up” last year. The Parkers were hoping Hannah Brown was going to be the Bachelorette based on how she was on The Bachelor, where a couple of time she was seen reading her Bible.

Luke is a member of Christ Place Church. According to a fellow church member Mike Robertson, Luke is bringing a study guide on the Book of Hebrews with him. The Book of Hebrews asserts “the superiority of Jesus” in comparison to other biblical and historical figures. Robertson says: “He wants to share his faith and he wants to share his faith on national TV.” The Bachelorette airs Mondays at 8 pm on ABC.

Luke P is in the back row, second from right:

Which one of these men will make it to the end? #TheBachelorette

When Luke P met Hannah B for the first time…