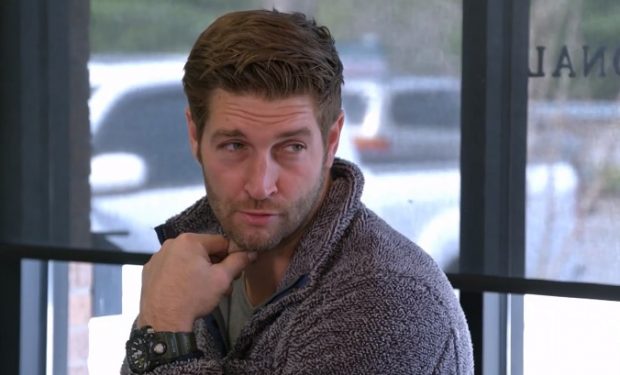 Reality TV star Kristin Cavallari (Very Cavallari, The Hills, Laguna Beach: The Real Orange County) is hosting the new dating show on Fox, Paradise Hotel. On the series premiere, Cavallari will introduce the sexy singles who are trying to remain in paradise for as long as possible by pairing up. Cavallari is safe from all the flirting going on around her because she’s married to former NFL football quarterback Jay Cutler, father of her three children who are all under 6.

Cavallari and Cutler are raising their family in Nashville, Tennessee. Their mansion is often the backdrop of the reality show Very Cavallari. When not at home with the fam, Cutler enjoys hunting. Last month, on the Instagram account IfJayHadInstagram (Kristin revealed on Instagram Stories that she runs the account!), a photo of Jay in camouflage, kneeling next to a large dead turkey with the caption “gobble gobble” was posted. Even hunting, it appears Culter’s hair always remains stylishly done. (Or as the late great ‘Werewolves of London‘ singer Warren Zevon would say, “His hair was perfect.” See photo below.)

Note: On the season finale of Very Cavallari, Jay checks out locations for his butcher shop. See sneak peek video below. P.S. Paradise Hotel airs Thursdays at 8 pm on FOX.

A sneak peek at the season finale of Very Cavallari…