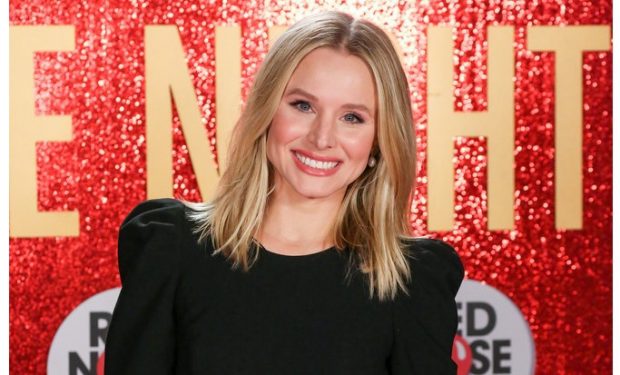 Hollywood star Kristen Bell is one of the many celebrities playing games on Hollywood Game Night for Red Nose Day on Thursday, May 23 at 10 pm on NBC. HGN host Janet Lynch will test the celebs’ pop culture prowess and raise money for children in need.

Bell rocks a sexy black catsuit/jumpsuit for the televised event and isn’t afraid to get cozy on the sofa with Will & Grace star Sean Hayes (see photo below) and pose like a pinup model. 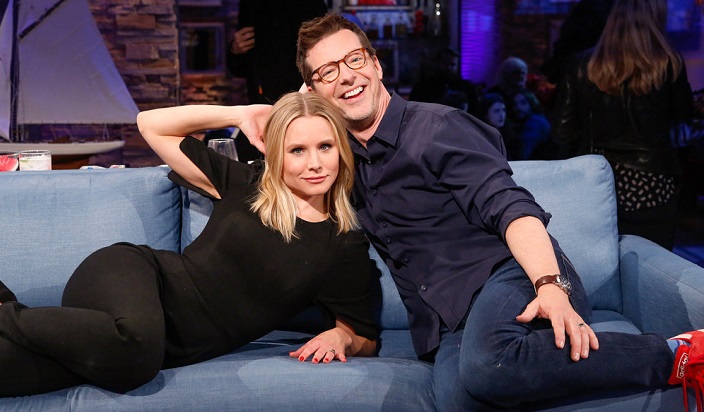 For the Hollywood Game Night Red Nose Day episode, Bell’s sexy slit sleeve slim leg black jumpsuit is just like the one pictured to the left by Ali & Jay. The stretchy knit jumpsuit achieves a “catsuit-inspired look.” It’s $148 at Nordstrom and available in navy blue. Hollywood Game Night’s Red Nose Day episode will air Thursday, May 23 at 10 pm on NBC. 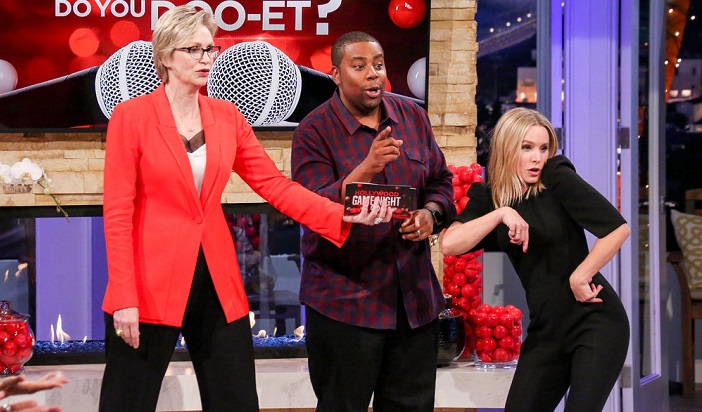