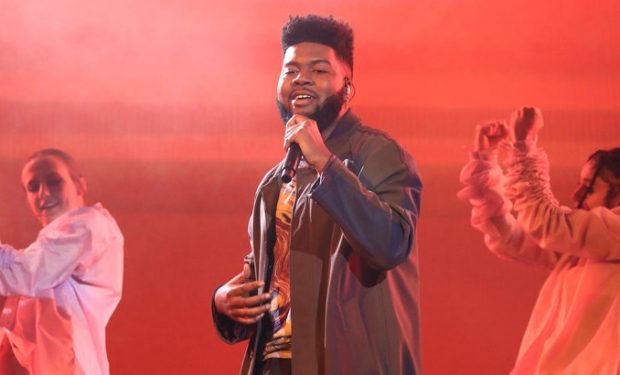 The Top 4 finalists on Season 16 of The Voice are: Gyth Rigdon, Dexter Roberts and Andrew Sevener on Blake Shelton‘s team and the one and only female finalist, Maelyn Jarmon, on John Legend‘s team. Before the winner is announced on the live finale (Tuesday, May 21), a number of superstar singers will perform including Taylor Swift, BTS, Jonas Brothers, OneRepublic, Halsey and Khalid.

One day before his live performance on The Voice, the 21-year-old R&B singer Khalid posted photos of himself in a car wearing a vintage white t-shirt featuring Tim Allen as his character on the 90’s sitcom Home Improvement. It reads: Home Is Where the Dad Fixes Stuff.

In the short documentary Saved, Khalid reveals that he moved often during his childhood with his mother, Linda Wolfe, a single mom and member of the U.S. Army. She’s interviewed in the short film by The Fader, too, see below.

After the release of his second studio album Free Spirit in April 2019, Khalid made history by becoming the one and only artist to occupy the entire Top 5 of the Billboard R&B Songs chart.