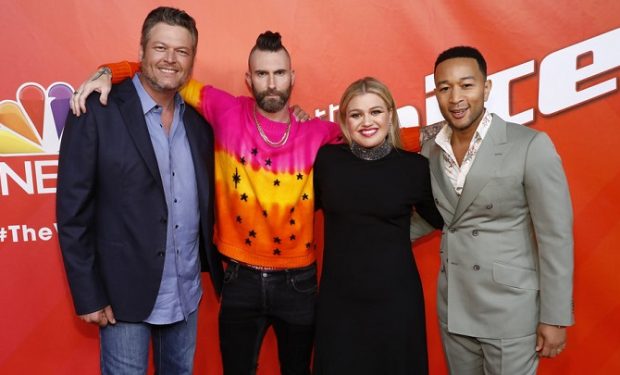 It’s down to the Top 13 artists competing on Season 16 of The Voice. And soon it will be down to the Top 8. The next round of eliminations will be revealed on Tuesday, May 7. Only seven will advance by America’s votes. The bottom three will then compete for the Instant Save. The other two will sadly be sent home. Reigning champion coach Kelly Clarkson has just two artists left in the competition: R&B singer Jej Vinson and country artist Rod Stokes. 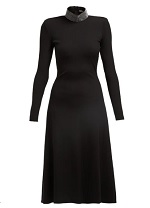 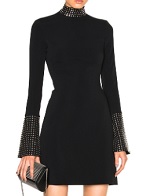 [This black collared dress is by David Koma]

This week on The Voice, Kelly is wearing a slimming, slinky black dress with long sleeves and a high collar. The ribbed jersey crystal dress is by Christopher Kane who’s known for his “dark and arty” designs. This black ribbed jersey dress which features a high standing collar embellished with crystals is described as “a unique interplay between the abstract and the personal, the sleek and the subversive.” P.S. Those silver boots she wears are by Alexandre Vauthier. The Voice airs Mondays at 8 pm and Tuesdays at 9 pm on NBC.