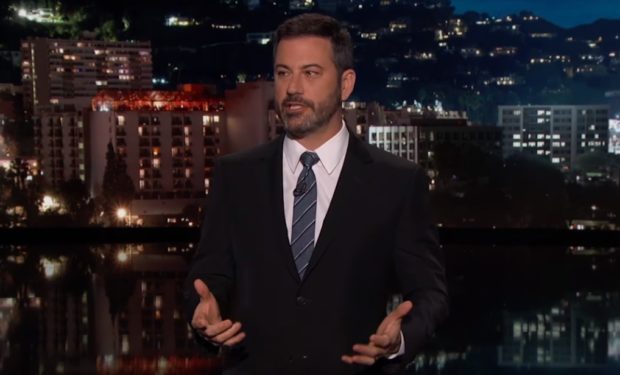 Jimmy Kimmel is a network guy, recently signing on to host his ABC late night spot through 2022. But Kimmel didn’t get to his comfortable perch by keeping his eyes closed. Sure, ABC is part of Disney and through recent acquisitions of just about everything Disney is a giant player in the media entertainment complex.

But Disney made all those moves because there’s an 800-pound gorilla in the room — and its name is Netflix. Make that a 1600-pound gorilla. Even when you can’t see this gorilla — say you’re not a subscriber — well, its shadow is still everywhere. And it still affects you because Netflix is swallowing up the talent you’re used to seeing elsewhere.

Can you say Shonda Rhimes? Netflix just said it a 100 million times. Netflix says Beyonce too. Oh and the Obamas — Kimmel has something to say about them and Netflix too: “F’ing Netflix. They even signed the Obamas. The Obamas are making TV shows and Trump is running the country. If this isn’t some Freaky Friday-type bullshit, I don’t know what is.”

Kimmel told plenty more jokes at the TV upfronts — an annual shindig and pony show for advertisers — about the enormous gorilla. And it proves that truism about good comedy — when the joke is told, you realize you already knew or thought that. In his shortest, most incisive line to describe what’s really happening in Hollywood, here’s Kimmel on former ABC top gun Channing Dungey being lured to Netflix.

“I can’t believe Channing left us for Netflix. Who does she think she is — our viewers?”