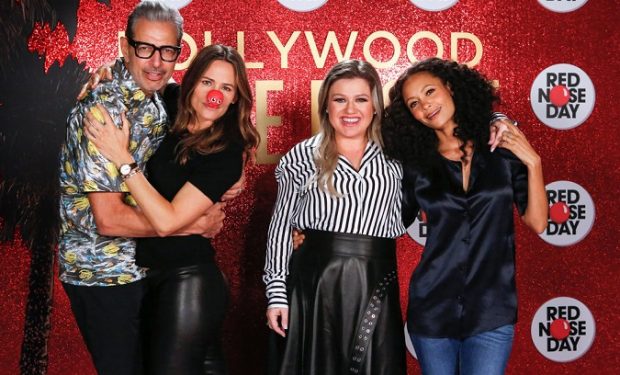 Hollywood movie star Jennifer Garner was asked to deliver the commencement speech at her alma mater, Denison University, this week. The private liberal arts school in Granville, Ohio has a student body of about 2,150. Other famous alumni include comedian/actor Steve Carell (Garner’s co-star in the 2014 film Alexander and the Terrible, Horrible, No Good, Very Bad Day) and actor Hal Holbrook. Garner posted clips from her speech on Instagram, but she also felt the need to apologize — like every other graduation speaker this year. Garner used the hashtag #sorryyoudidntgettheMorehouseguy.

Billionaire Robert Smith famously announced during his recent commencement speech at Morehouse that he will be paying off the graduates’ student debt. Garner, looking studious in a pair of tortoiseshell eyeglasses, also dished out advice like “don’t smoke” and the benefits of wearing sunscreen in your twenties for when you hit your fifties. The 47-year-old actress uses the older woman with pale skin emoji, too. See above.

Note: Garner will compete on Hollywood Game Night for the annual Red Nose Day televised fundraiser for children in need, airing Thursday, May 23 at 10 pm on NBC.