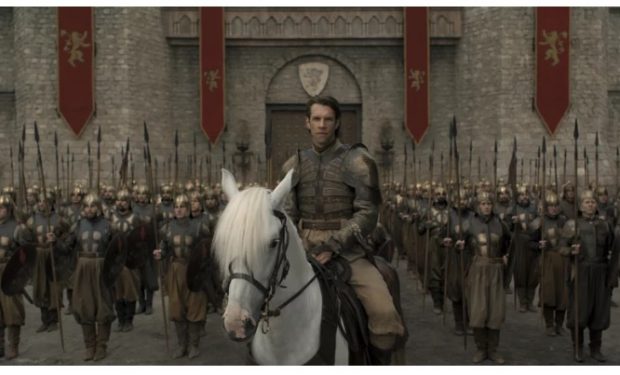 Harry Strickland leading the way on Game of Thrones (HBO)

During Season 8 of Game of Thrones, Harry Strickland (a character from the book series) has been revealed on the TV series. In the season premiere, he made his big debut on a boat leading the massive Golden Company to the Stormlands. Harry Strickland is portrayed by German actor Marc Rissmann.

When not filming Game of Thrones, Strickland is filming episodes for the upcoming Season 4 of Amazon’s The Man in the High Castle, and a new film. Rissman will appear next on the big screen in the movie (inspired by true stories), Liberté: A Call to Spy. Stana Katic (Castle) stars as Vera Atkins, a Jewish “spymistress” recruited by Churchill’s spy organization “SOE” to disrupt the Nazi war machine and stop Hitler. Rissmann is playing the infamous Klaus Barbie, the SS and Gestapo member known as the “Butcher of Lyon” as he personally tortured prisoners in the Occupied Zone of France.

Barbie was later awarded the Iron Cross by Hitler for his campaign against the French Resistance. After World War II, Barbie escaped to Bolivia. In 1987, he was convicted of crimes against humanity and was sentenced to life imprisonment. He was sent to Montluc Prison in Lyon, France, where the Gestapo tortured its victims 40 years earlier. He died in prison in 1991, at the age of 77.

Liberte: A Call to Spy screenwriter/actress Sarah Megan Thomas said of Rissmann’s portrayal of Barbie: “It is amazing to me how this incredibly nice person plays bad guys so well.” See post/photo below. Game of Thrones airs Sundays at 9 pm on HBO. 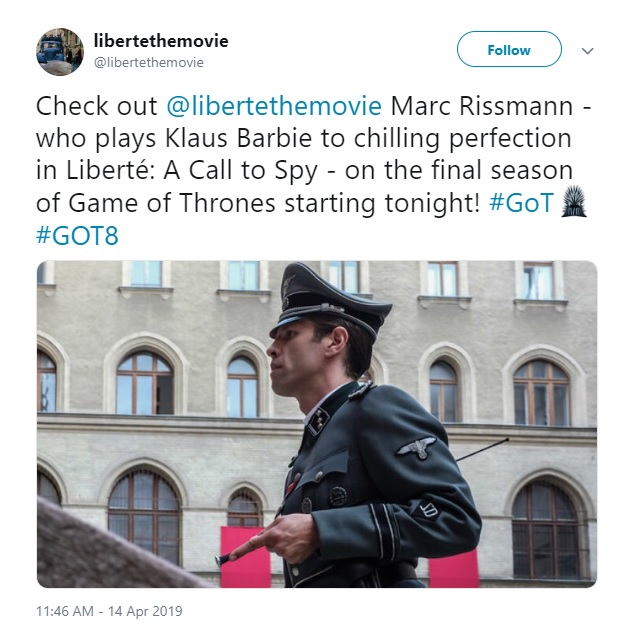