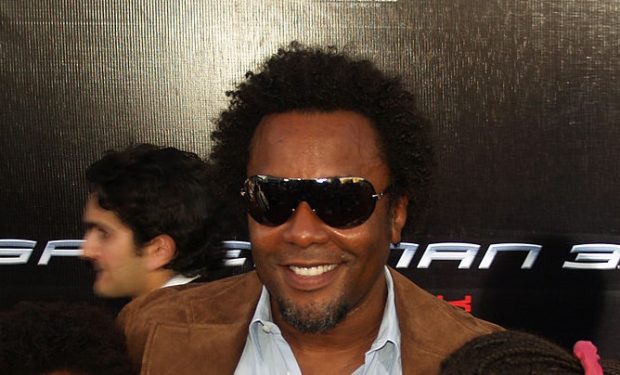 The Hollywood Reporter published an article titled “How Michael B. Jordan Pulled Off Hollywood’s First Officially ‘Inclusive’ Production.” Oscar-nominated filmmaker Lee Daniels (Precious) said when he saw the article he “felt misled” by the headline. While he gives Jordan his due “for ensuring greater diversity” with his new project Just Mercy, Daniels contends that Jordan is not the first to do so. Daniels points out “where the article falls short is in its misrepresentation of the historical record of Hollywood.” (Michael B. Jordan will play Harvard Law civil rights defense attorney Bryan Stevenson in the film Just Mercy which will be released in 2020.)

Daniels mentions filmmakers Melvin Van Peebles, Kasi Lemmons, Spike Lee, and Tyler Perry, among many others, who have fought for the diversification in the industry and reminds his readers to “not turn our backs on the sacrifices of the groundbreaking African-American predecessors who paved the way and opened doors for all.” Tyler Perry re-posted Daniels’s reaction and added the Wayans brothers and Robert Townsend to the list.

As a director and producer Lee Daniels has stood tall on that paved way. His films and TV work include Empire, Star, Monster’s Ball, Precious, and The Butler, among others.

Last night I saw this article and felt misled yet again by a headline. I went on to read one of the most important articles published by #TheHollywoodReporter in recent years. The article chronicles the emergence of a new production model in the television and film industry. The first “officially” inclusive production is credited to executive producer Michael B Jordan. Michael and the studio are properly heralded for their leadership in the film industry for ensuring greater diversity by establishing a production team drawing from traditionally disenfranchised groups in association with his new project 'Just Mercy.' Michael's efforts and rider are to be applauded and supported by all in Hollywood who hope to see a broader cross-section of America in the film industry. However, where the article falls short is in its misrepresentation of the historical record of Hollywood. Perhaps the author was unaware of previous undertakings to break down barriers in the industry. Is it believable that this is the "first" successful effort to diversify Hollywood production projects? There is no mention in the 372-word article of John Singleton who brought Hollywood to south-central Los Angeles and diversified his film projects with actors and a film crew never seen before. Where is a mention of Melvin Van Peebles, Julie Dash, Sidney Portier, the Hudlin brothers, Tim Reed, Vondi Cutis Hall, Kasi Lemmons, Carl Franklin, Spike Lee, the Hughes brothers or Charles Dutton who refused to step on the set until he saw greater African-American representation alongside him. What about Tyler Perry and the type of diversity and inclusion he brings to the set? I'm sure Michael would agree that the “unofficial” contributions to diversity of these artists and countless others, and the fight to have a seat at the table for underrepresented groups deserves to be honored and acknowledged. In celebrating current undertakings to diversify Hollywood we must not turn our backs on the sacrifices of the groundbreaking African-American predecessors who paved the way and opened doors for all. The headline and the article reveals an important aspect of the African-American experience in America….