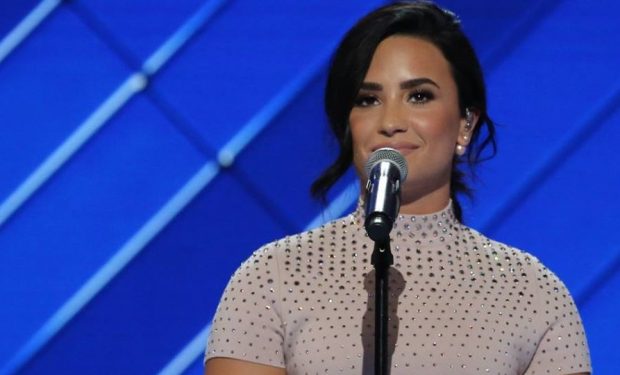 Demi Lovato is always battling. Whether it’s against depression or against the stigma of depression, Lovato has taken the lead and become an advocate for others fighting their own battles. As a superstar, Lovato knows that her best chance of leading is by example — every time she puts in the work to get herself feeling right, she lights a path others can follow.

Idk what to caption this.. reality is I’m sitting at the gym post jiu jitsu feeling high on life and drinking my post workout shake. I’m sweaty and not looking this glamorous right now but fuck I feel awesome and posting this feels empowering because I like this pic where I feel sexy and I can also defend myself from anyone that ever tries to attack me. Any size, any shape, any gender. I have security but in the moments I’m alone I feel confident (no pun intended) that I can hold my own against an attacker and hope everyone finds something they become as passionate about as I feel about jiu jitsu. #BJJ #BlueBelt #HowDidThisEndUpBeingAboutBJJ 💙

Now those others may not be able to follow their paths at the Four Seasons Resort in Bora Bora, the South Pacific island where Lovato is currently lounging about in a leopard print bikini. But more important than the relaxation she’s getting in the sun and sea, is the exercise — both mental and physical — that Lovato is doing. She’s fallen in love with the martial art of Jiu Jitsu and she feels “awesome” and “high on life.”

Best part of Lovato’s new Jiu Jitsu passion? Not only does she feel sexy, as she writes, but Lovato now knows that with her new martial art as a defense weapon she can “defend myself from anyone that ever tries to attack me.” She feels “confident that I can hold my own against an attacker.”