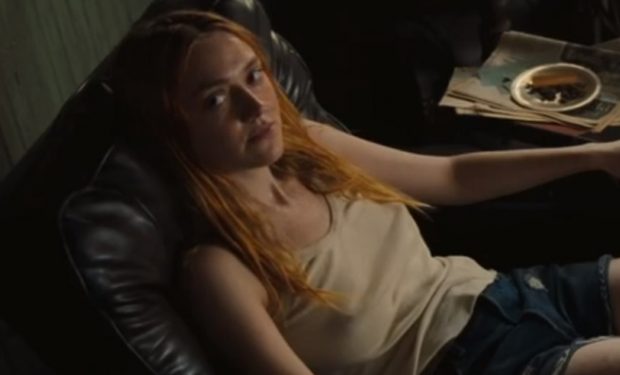 Dakota Fanning in Once Upon a Time...in Hollywood (Trailer)

Actress Dakota Fanning, 25, was at the Cannes Film Festival to promote her latest project, the Quentin Tarantino film Once Upon a Time… In Hollywood. Fanning plays Squeaky Fromme, the Manson family member who tried to assassinate President Gerald Ford in 1975.

For the red-carpet event, Fanning had her blond hair pulled back in a bun and wore a white sleeveless gown right out of the Grace Kelly Hollywood glamour book. (The dress is by Armani). Or as Fanning refers to the dress, “the dress of my dreams.”

Once Upon A Time In Cannes.

I can’t believe my luck. Wearing the @armani dress of my dreams for @onceinhollywood at #cannes2019 #giorgioarmani

Note: Fanning will appear next on the big screen in Kirsten Dunst’s The Bell Jar as Esther Greenwood, the protagonist of Sylvia Plath’s novel The Bell Jar. (Dunst directs and is writing the screenplay.)

Once Upon A Time In Cannes.

The trailer for Once Upon a Time…in Hollywood