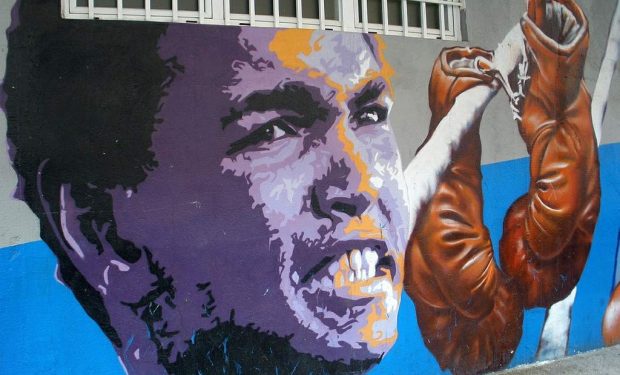 “Never stop,” DaBaby says on his day off, while he’s running errands in his city — the queen city of Charlotte. He says he “works too m-th-f’ing hard” and he’s “gonna go pick my baby up take her to go eat some ice cream.” Da Baby is in the midst of his Baby on Baby tour, which kicked off April 3 in Philadelphia — and where he’s reportedly tossing some fake weed out to the crowd. DaBaby may have more fun than any other rapper in the world.

According to Da Baby he is “the best m–f-ing rapper” not to mention still “the prettiest.” Maybe only Muhammad Ali could make similar claims with such confidence. See both men — DaBaby and Ali — make claims about being pretty in YouTube videos below.