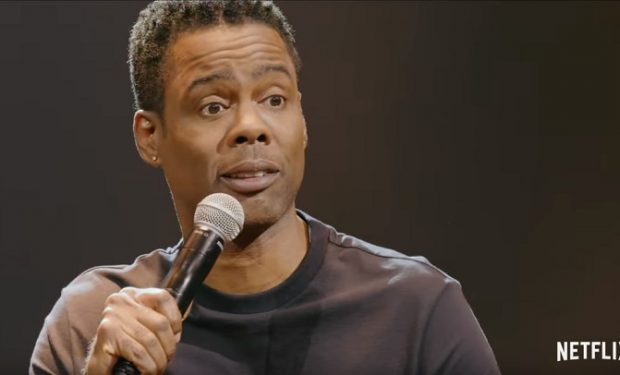 Stand-up comedian Chris Rock, 54, announced that he’s working to relaunch the Saw horror movie franchise built around the notorious Jigsaw Killer. Rock will work with producers Mark Burg and Oren Koules and, according to The Hollywood Reporter, the movie company Lionsgate is “moving quickly on the project” with Rock — who is also exec producing. Release date is set for October 23, 2020.

Note: The last Saw film was Jigsaw, which was released in 2017. In total, all eight Saw films have grossed more than $1 billion for Lionsgate.

“I’ve been a fan of Saw since the first film in 2004,” said Rock in Lionsgate’s announcement. “I am excited by the opportunity to take this to a really intense and twisted new place.” Keep in mind, Rock says raising two black kids in America is “scary s–t” too.

See the trailer to his Netflix special Tamborine below. The Saw producers Burg and Koules are comparing Rock’s spin on the Saw franchise to Eddie Murphy’s spin on buddy-cops films via 48 Hours with Nick Nolte.