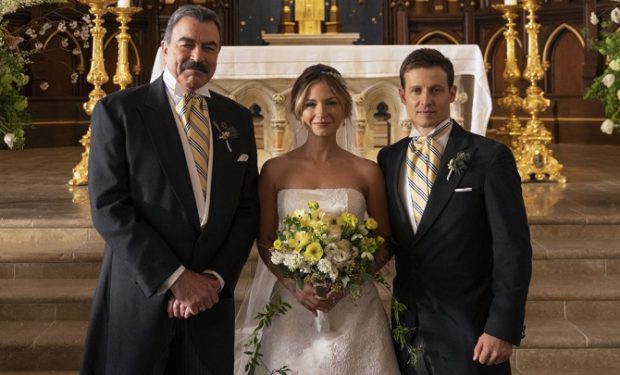 In the Blue Bloods episode “Something Blue,” days before Jamie (Will Estes) and Eddie’s (Vanessa Ray) wedding day, big sister Erin Reagan (Bridget Moynahan) interviews a witness whose story leads her to doubt Eddie’s honesty. (Eddie took the witness’s initial statement.) Or as Eddie complains to Jamie at home, “She called me a liar!” 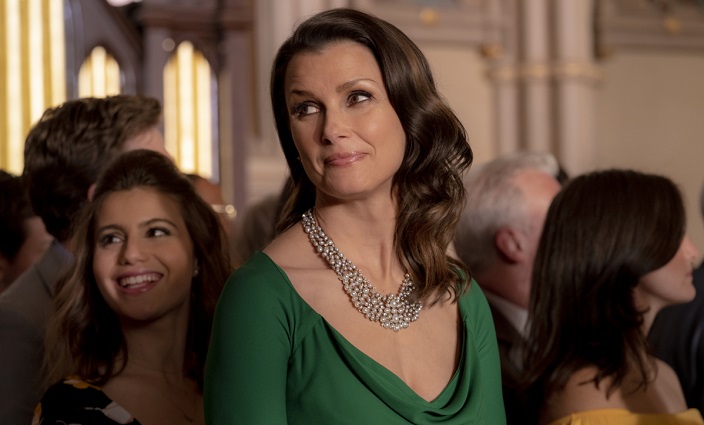 Eddie admits to having a problem with Erin because: “She’s smart, she’s confident, she’s accomplished, she’s ridiculously beautiful – she is every woman’s basic nightmare.” Jamie turns the tables and asks Eddie, “Don’t you think you’re everyone’s basic nightmare?” because he thinks she’s just described herself. Aww, that’s sweet, Jamie, but Eddie isn’t ready to accept the compliment yet.

Don’t worry, the JAMKO (Jamie and Jenko) wedding of the year happens. Not only does Eddie look amazing in a traditional white dress but so does her “ridiculously beautiful” sister-in-law. The 48-year-old single mom stuns in an emerald green dress with a sexy draped neckline. See links above. Blue Bloods airs Fridays at 10 pm on CBS, right after Hawaii Five-0.