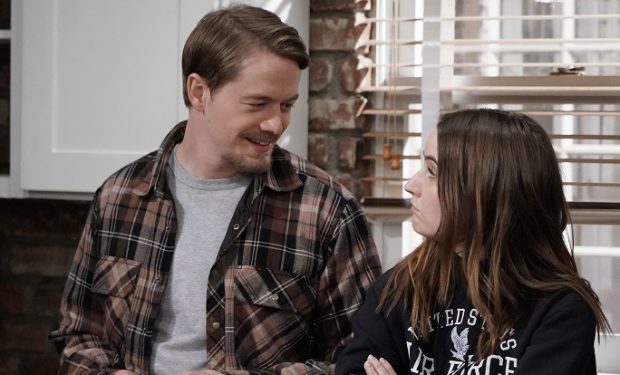 In the Season 7 finale of Last Man Standing, “A Moving Finale,” Mandy and Kyle are hesitant to move out of the Baxter house and into their own place, so Mike (Tim Allen) gives them some tough love. Mike’s youngest daughter, Eve (portrayed by Kaitlyn Dever) who’s been at Air Force Academy, returns for a visit on the season finale. Note: Last Man Standing has been renewed for Season 8 on Fox.

Since leaving Last Man Standing, the 22-year-old Dever has landed plum roles in films including the heartbreaking Beautiful Boy (as Lauren, see link above) with Steve Carell, and the comedy Booksmart (as Amy), which hits theaters Memorial Day weekend. It’s Olivia Wilde‘s directorial debut and it’s executive produced by Will Ferrell and Adam McKay.

Dever will star next in the Netflix series Unbelievable, which tells the true story of a teenage girl who was charged with lying about having been raped. Last Man Standing airs Fridays at 8 pm on FOX, right before The Cool Kids.

well, this happened. Me and Bean doing our first presentation!!! …guardian angel livy taught us the ins and outs 🧸 and yes we look at her like this everyday…

One of the trailers for Booksmart…