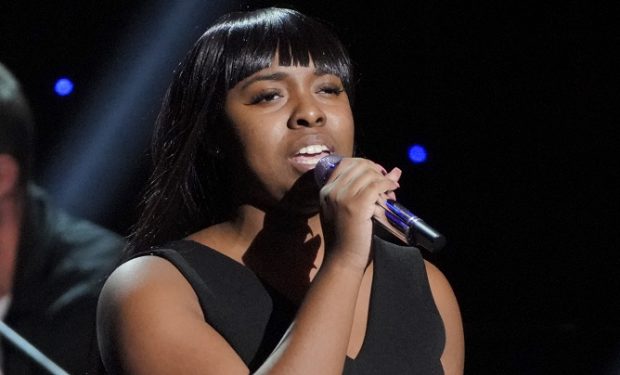 The winner of Season 2 of American Idol on ABC will be announced on the grand finale show on Sunday, May 19. But before that, several special guests will perform including judge Katy Perry with Daddy Yankee, returning Idol champion Carrie Underwood, and lesser known singer Shayy Winn. The legally blind singer from Midlothian, Virginia auditioned for Idol in March, and brought judge Lionel Richie to tears with her powerful gift. (She sang Andra Day‘s anthem “Rise Up.”) While Shayy didn’t make it as a contestant to the finale, she will perform during the live broadcast (she will sing “Rise Up” again.)

It’s been a heady time for Shayy since her first appearance on American Idol, but the teenager is keeping it real and that includes going to her high school prom. She wore a sexy strapless gown by Angellyte, and Cleopatria earrings by Tda Jewelry — see photo and video below. The American Idol grand finale airs Sunday, May 19 at 8 pm.