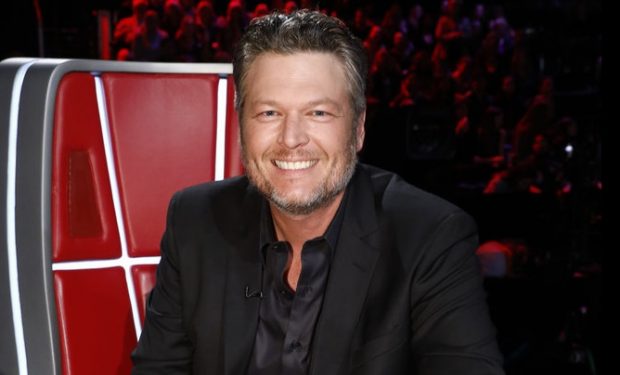 The Voice coach Blake Shelton is on fire this season. Five of the Top 8 artists on Season 16 are on his team. And his new single “God’s Country” is making waves on the radio after he performed the single live at the ACM Awards in April. The music video for “God’s Country” is filmed near his home in Oklahoma. The lyrics start with the line: “Right outside of this one church town/ There’s a gold dirt road to a whole lot of nothin'”.

In one scene at the end of the video, a seemingly abandoned tractor on a farm is doused with gasoline and set on fire.

Yesterday, Blake shared a clip of the video (the burning tractor scene) with a Memoji Blake embedded on top of the video, singing along in perfect synchronicity. The Memoji is a white boyish face with salt and pepper hair and a five o-clock shadow like Blake’s. His fans on Instagram are calling the Memoji “cute” but some might think it’s creepy. The Voice airs Mondays at 8 pm on NBC, and Tuesdays at 9 pm.

“This is God’s Countryyyyyy” – Memoji Blake. Listen to #GodsCountry on @applemusic!

The Official Video for “God’s Country”…