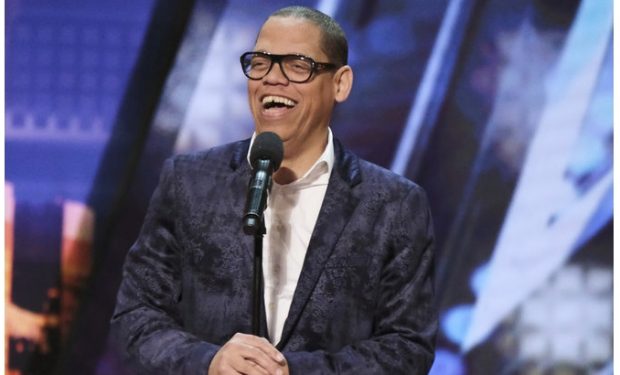 Greg Morton is one of the several talented stand-up comedians auditioning for Season 14 of America’s Got Talent. This isn’t his first time on TV. Morton has been a voice-over actor for decades. He’s best known for his voices for animated series including Bill & Ted’s Excellent Adventures, The Adventures of Super Mario Bros. 3, Police Academy: The Series (Moses Hightower, Larvelle Jones), RoboCop, and Garbage Pail Kids, among others.

In the video below, while promoting a gig at the Liberty Funny Bone comedy club in Ohio, Morton demonstrates a hilarious array of the cartoon characters he has portrayed over the years, and he leaves all three hosts in stitches.

Watch the interviewer on the far right at the 2-minute mark. He’s laughing so hard he has to cover his mouth with two hands. At the end of the interview, the guy who had to cover his mouth while laughing turns to the camera and says, “If you don’t feel happier right now, there’s something wrong with you that can’t be fixed.” America’s Got Talent airs Tuesdays at 8 pm on NBC, right before the new talent competition Songland, hosted by John Legend.