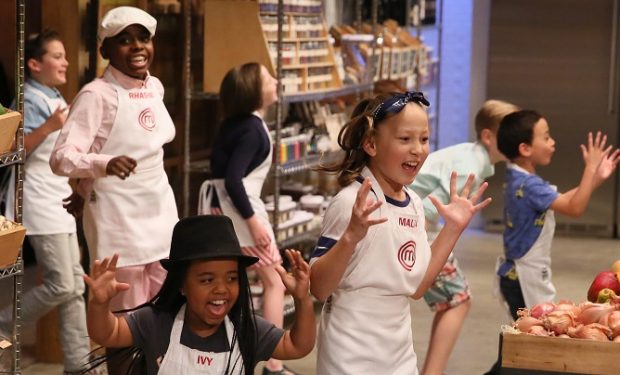 On Season 7 of MasterChef Junior, the Top 12 junior chefs are surprised when the kids from the musical group Kidz Bop show up in the kitchen. They’re not just there to sing and dance. The members of Kidz Bop (who sing kid-appropriate pop song covers) put their twist on a mystery box challenge so the kid home cooks need to make an elevated dish full of personality.

The Cardi B song “I Like It” is about a woman obsessed with wanting/having material things like diamonds and designer clothes and it still is when Kidz Bop sings it (see video below) but they omit the provocative language. (The original Cardi B song was co-written by 14 men, btw.)