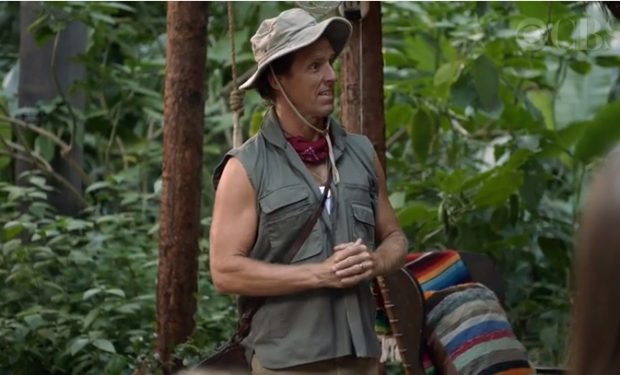 In the Season 4 premiere episode of Life in Pieces “Jungle Push Resort Anniversary,” the Shorts travel to the Yucatan for their family vacation. Upon their arrival, they’re immediately disappointed with their accommodations. The eco-resort does not include air conditioning nor protection from vampire bats, biting bugs, and snakes that can and will creep into their rooms. Hilarity ensues whenever the resort proprietor, an expat named Hayes, tries to warn them about living in the jungle.

Resort owner Hayes is portrayed by Nat Faxon. He won an Oscar for co-writing The Descendants screenplay (directed by George Clooney). On-camera, Faxon is known for his roles on Friends from College (Nick Ames), Married (Russ Bowman), Ben and Kate (Ben), Reno 911! (Milk Shake), and in films including The Babymakers and Orange County (Kip), among others. Life In Pieces airs Thursdays at 8:30 pm on CBS, right after The Big Bang Theory.