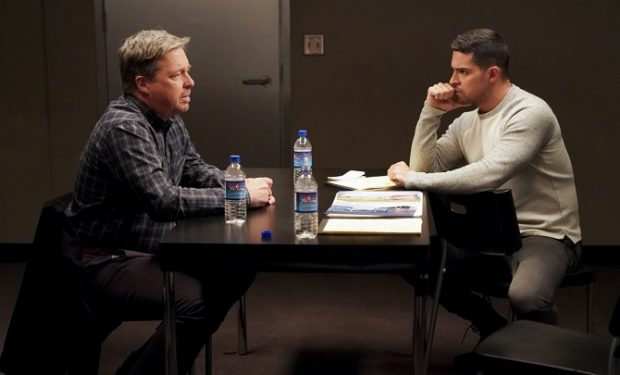 In the NCIS episode “Perennial,” following an active shooter lockdown at a naval hospital, the NCIS team searches for a suspect who fled the scene. When NCIS Special Agent Jack Sloane (Maria Bello) shows up at the scene of the crime, she looks at the victim list and then recuses herself from the investigation. Someone from her past was inside the hospital and is a key witness in the case. Meanwhile, Agents Torres (Wilmer Valderrama) and Gibbs (Mark Harmon) question Noah Sykes.

I have been blessed to work with @angelalansbury9 4 times through the years. A beauty inside and out! pic.twitter.com/N3Qd4rvAM3

Too much love on the #armywives set for it to just go away!! pic.twitter.com/HWg1Q9wEVW