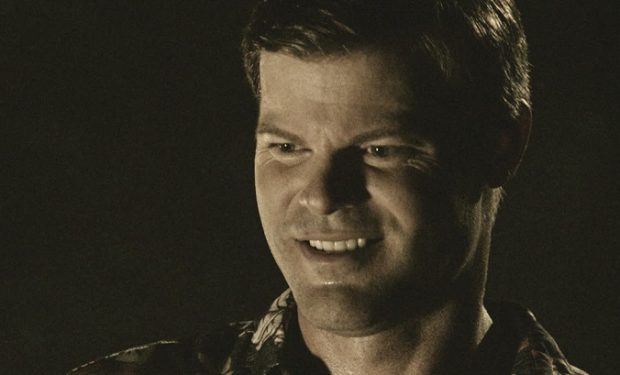 In the Hawaii Five-0 episode “Ke Ala O Ka Pu (Way of the Gun),” Five-0 must locate a teen girl who purchased a gun from a junkie. They discover that the firearm, over the course of decades (4o years!), has affected all of their lives including Steve McGarrett’s (Alex O’Loughlin). There are a number of flashbacks including one with his late father John McGarrett, a Vietnam Veteran and Sergeant of HPD (Honolulu Police Department). John McGarrett’s murder is what led to the creation of the Hawaii Five-0 Task Force. In earlier seasons John McGarrett was portrayed by William Sadler (The Grim Reaper in Bill & Ted’s Bogus Journey).

In this Season 9 episode, John McGarrett is portrayed by Ryan Bittle. The Juilliard School grad is known for his roles on the daytime soap opera All My Children (JR Chandler), Dawson’s Creek (Eric), 7th Heaven (Jeff), and Sweet Valley High (Todd Wilkins), among others. Hawaii Five-0 airs Fridays at 9pm on CBS, right after MacGyver and right before Blue Bloods. [Related: Who Is McGarrett’s Mother Doris on ‘Hawaii Five-0’?]

As I’m doing research for tonight’s #Five0Redux I looked up Ryan Bittle who played John McGarrett in tonight’s #H50– I compared his picture w/a younger pic of William Sadler who we know as McGarrett’s father from the Pilot & flashbacks. What do we think? Not a bad bit of casting. pic.twitter.com/Paa5pX0x2d