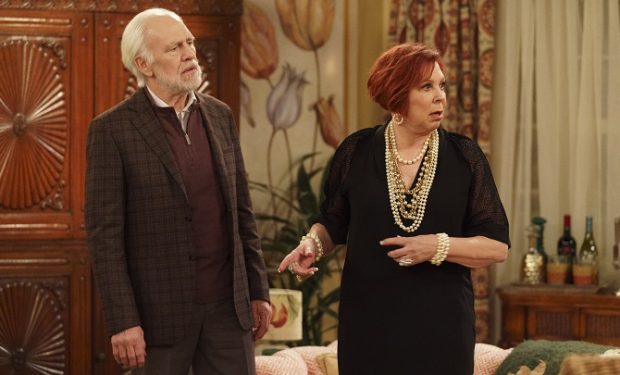 In The Cool Kids episode “Indecent Proposal,” while Sid (Leslie Jordan) avoids boyfriend John (Jere Burns) who has a pressing question to ask him, Margaret (Vicki Lawrence) pretends to be someone she’s not. She’s designed her new persona to land a date with a handsome silver fox who’s “way out of her league.” But that doesn’t stop Margaret from wearing every piece of jewelry she owns and making a fool of herself.

[Watch Pine as John and Ponch’s boss on CHiPs]

The handsome man is portrayed by Robert Pine. Over the years, the 77-year-old veteran actor has appeared on every show from Veep and Grey’s Anatomy to Gunsmoke and Mod Squad. He’s perhaps best known for his TV role as boss Sgt. Joseph Getraer on CHiPs from 1977 to 1983 and on the big screen in the 2013 biopic Jobs as Ed Woolard. And yes, he really is the father of actor Chris Pine who’s best known for playing Captain Kirk on the Star Trek reboot (2009-2016). The Cool Kids airs Fridays at 8:30 pm on FOX, right after Last Man Standing.

Did you know Robert Pine, aka Sgt. Joseph Getraer on CHiPs, is the father of Star Trek actor Chris Pine? pic.twitter.com/0LkJkPV4WY