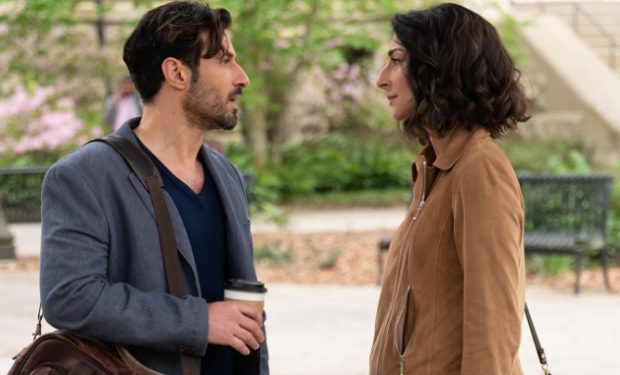 In the NCIS: New Orleans episode “Trust Me,” while Tammy (Vanessa Ferlito) tries to prove that a con man committed the hit-and-run murder of a Navy doctor, Pride (Scott Bakula) is approached by Hannah’s (Necar Zadegan) husband, college professor Ryan Porter. Unbeknownst to Hannah (they are separated), Ryan provides Pride with new intel on Apollyon, the underground spy network responsible for murdering Pride’s father. Pride tries to resist the information and Ryan’s approach to dealing with it.

True friends don’t try to best you, they just toil to have you be your best you. They don’t judge you, they just quickly step in to make your judgements for you. They don’t hold back, they don’t go by halves, they’re the loudest voices in your heart. I could hold these two men to these, or any standard, and they are still truly my brothers.