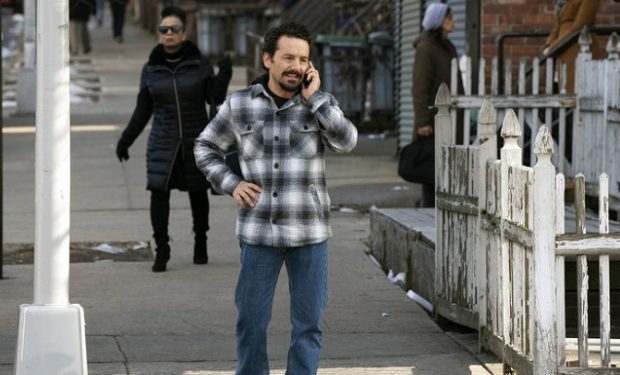 In The Blacklist episode “Lady Luck,” while Red (James Spader) is determined to find out who turned him into the police, Liz (Megan Boone) and Ressler (Diego Klattenhoff) investigate Henry Morris, a Blacklister who offers to erase gambling debts at a deceptively high price. Loan shark Henry Morris is portrayed by actor Max Casella.

[Casella was Benny on The Sopranos]

Fun facts about Casella: He made his Broadway debut at Timon in the original “The Lion King” and is married to a Hollywood on-set teacher for child stars/actors. The Blacklist airs Fridays at 9 pm on NBC, right after Blindspot and right before Dateline.

At the Children's Museum of Art NYC 2015 with #neilpatrickharris