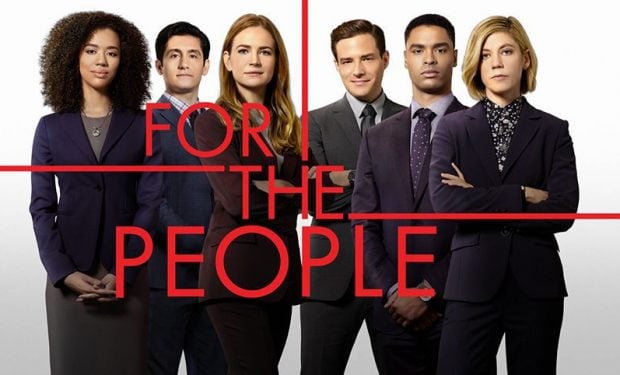 For the People on ABC

In the For the People episode “You Belong Here,” while Jay (Wesam Keesh) takes on his first drug case at the public defender’s office, Leonard (Regé-Jean Page) takes on one of the country’s best and most prolific litigators, Philip Kaws. In the courtroom, after everyone has left, Philip tells Leonard that he hopes they can shake hands after the trial. That’s when Leonard rips into Kaws for not standing up for the black community throughout his career. (Both men are black.)

Leonard is outraged that Kaws represented the food company that knowingly shipped contaminated produce to grocery stores in inner city because they thought they could get away with it. Black children died. Leonard tells him in a fury: “I understand you don’t stand for anything” and “not standing for anything is the least black thing I can think of.”

Philip Kaws is portrayed by Obba Babatundé. He’s known for his roles on The Bold and the Beautiful (Julius Avant), S.W.A.T. (Daniel Harrelson, Sr.), Dear White People (Dean Fairbanks), Half & Half (Charles Thorne), Dawson’s Creek (Princpal Green), and in films including How High (Dean Cain), The Temptations (Berry Gordy), That Thing You Do! (Lamarr), and Miss Evers’ Boys (Willie Johns, for which he was nominated for a Primetime Emmy Award), among others.

Babatundé is also known for starring as C.C. White in Dreamgirls, for which he was nominated for a 1982 Tony Award as Best Featured Actor in a Musical. For the People airs Thursdays at 10 pm on ABC, right after Station 19.