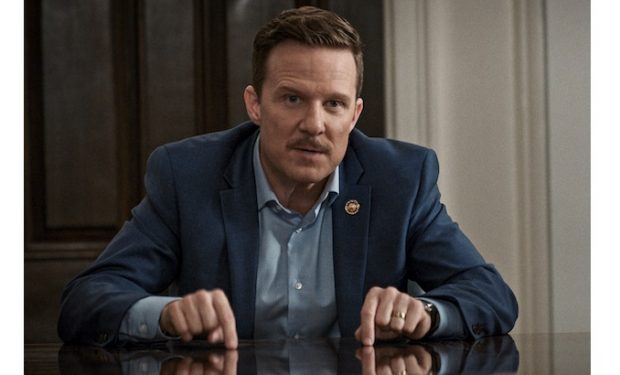 Will Chase on Madam Secretary (CBS)

In the Season 5 finale of Madam Secretary, “Better Angels,” Elizabeth McCord (Tea Leoni) prepares to leave the State Department and announce her run for president. But before she does she wants to get a treaty through the Senate and offers to go before the Foreign Relations Committee which is chaired by her political rival Senator Owen Callister of Kentucky.

Chief of Staff Russell Johnson (Zeljko Ivanek) warns Elizbaeth that Callister, who is also planning to run for POTUS, would love nothing better than to “beat you up” at a hearing and advises her, “Don’t give his campaign that ammo.” But she does.

[Chase sings on the Nashville soundtrack]

Fun fact: You can see the Tony Award nominated Broadway star (The Mystery of Edwin Drood) in the 2019 revival of Kiss Me, Kate. Madam Secretary airs Sundays at 10 pm on CBS.