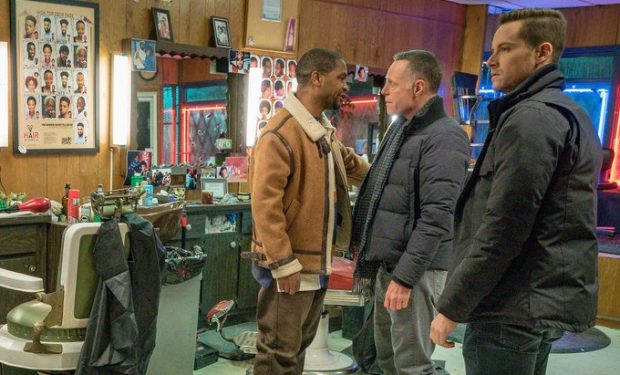 In the Chicago P.D. episode “This City,” with the threat of a gang war looming, Chicago P.D. Sgt. Hank Voight (Jason Beghe) and Alderman Ray Price (Wendell Pierce) must organize a peace summit to end the bloodshed before more innocent people get hurt. During the negotiations, Voight and Detective Halstead (Jesse Lee Soffer) pay a visit to Eddie Brackton in an empty barber shop.

Boyce is also well known for his role as Rufus in the 2007 R. Kelly rap opera Trapped in the Closet (Chapters 13-22). In real life as an Army Reservist, Boyce served in the Desert Storm War. When he returned home in 1996, he relaunched his acting career. Chicago P.D. airs Wednesdays at 10 pm on NBC, right after Chicago Fire.

Thanks to everyone who watched Scandal episode 14 & all the wonderful praises…. so grateful to be able to be part of such an amazing show… cast & crew ( special thanks to Kerry Washington…. you’re a living Legend) also my Manager @leahdavid1234 & agent @anthonyboyerddo y’all are the Best!!!!