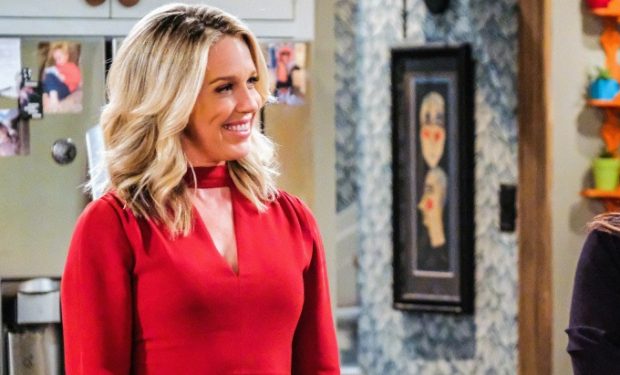 Jessica St. Clair on Man with a Plan (Darren Michaels/CBS)

In the Man with a Plan episode “Clean Country Living”, Adam (Matt LeBlanc) recruits his sister-in-law Marcy (Kali Rocha) to put Andi’s (Liza Snyder) snooty sister, Kelly (Jessica St. Clair), in her place when she comes for a visit. Andi and Kelly’s mom Bev (Swoosie Kurtz) has a say in the arrangement, too. Kelly is portrayed by Jessica St. Clair.

St. Clair will appear next on the big screen in the 2020 funny movie Limited Partners with Salma Hayek and Rose Byrne. Man with a Plan airs Mondays at 8:30 pm on CBS.

TBT to when @lennonparham and I had to pump in a public bathroom at the Javitz Center and Kim Kardashian came out of a stall, saw us and said, “Been there.”

Have you streamed Playing House on Amazon Prime yet? The PURRRRFECT show to binge while getting through the last bits of winter. #keepitcozy @lennonparham