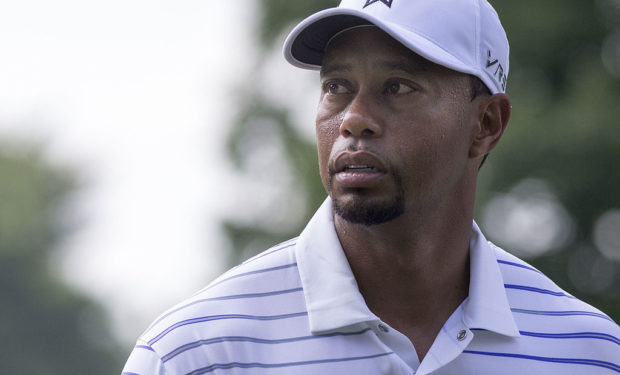 NBA legend Charles Barkley and golf god Tiger Woods were once great pals. But after Tiger ran into some now-famous roadblocks their brotherly relationship cooled. Barkley publicly lamented that the friendship had withered, and he didn’t understand quite what happened. Woods, predictably, wasn’t giving out any public answers about his private affairs.

But the broken camaraderie was actually good for journalism, at least journalism as practiced by Barkley — because it forced Barkley to get serious for a Tiger Woods interview last fall. Woods made an appearance via video on the NBA on TNT set to promote his made-for-TV match with Phil Mickelson — and instead of chummy joking around between the two former friends, Barkley was insightful when it was his turn to ask a question. (That is, before he asked Woods about going bald…)

“T, first I want to congratulate you on an amazing year, you made golf fun to watch again,” Barkley said, addressing Woods with a familiar nickname hardly anyone else uses. He continued: “Going back to the PGA, obviously you won the Tour Championship… but when did you know you were back? When did realize I’m actually back, to being, like, I can win every week?”

Woods: “you know, Charles, it happened early. When I contended and came in second in Tampa, and that was my fourth event back. But I wasn’t consistent yet… I had failures. But I just kept getting more and more consistent.” Tampa was in March 2018, about a year before Woods electrified the sports world by winning the Masters at age 43.