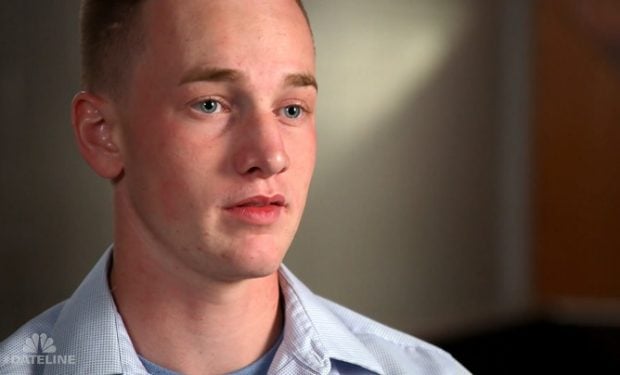 The Dateline episode “11 Minutes” investigates the murders of April Holton and Michael Holton. The couple, both 37 years old, were going through a separation. Their rebellious son, Jesse “Madison” Holton, then 17, was accused of shooting them both in their Alabama home on September 11, 2016. Just 11 minutes prior to the shooting, Michael Holton had called the Sheriff’s office to come to the house — which he and April found in disarray after Madison had thrown a party there. According to the deputy who showed up, Mike Holton said he planned to sign a juvenile warrant against the teen the next day. When the deputy left, the police received another 911 call. When the deputy returned to the house, Madison said his father shot his mother and then killed himself.

In October 2018, District Attorney Randall Houston announced that the charges against Madison Holton were dismissed. “…we have no proof to support any three theories beyond a reasonable doubt.” The three theories were: Madison killed both his parents; Michael killed his wife April and then his son Madison killed his father; or Michael killed his wife April and then killed himself. For the Dateline episode, Josh Mankiewicz interviews Madison, who is now 19.

Madison tells Mankiewicz, “I have no doubt in my mind that the sheriff will try to put me back in jail. I don’t know why he has such a grudge against me.” When Mankiewicz tells Holton, “Well, he thinks you’re guilty of murder.” The young man says, “Let him think that because he’ll think wrong for the rest of his life.” Elmore County Sheriff Bill Franklin is also interviewed. Dateline airs Fridays at 10 pm on NBC.