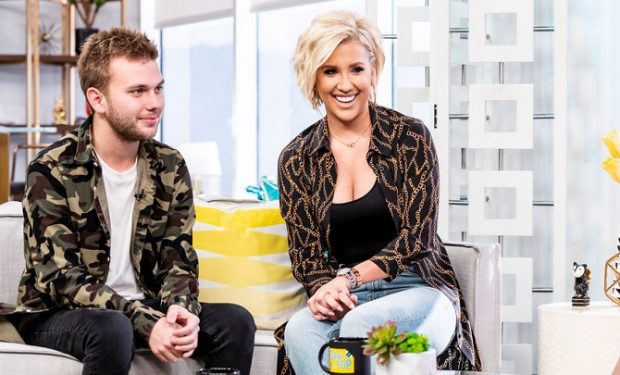 Two of the younger stars of the reality TV show Chrisley Knows Best are getting a spin-off show, Growing Up Chrisley. Todd Chrisley’s adult children, Chase Chrisley, 22, and Savannah Chrisley, 21, are leaving their family home in Nashville, Tennessee and driving to Los Angeles to pursue careers.

While Chase pursues an acting career in Hollywood, Savannah works on her brand which includes a new cosmetics company. According to The Trademark Ninja, in October 2018, Savannah filed for a trademark for Sassy by Savannah Chrisley. (Her niece Chloe calls her “Aunt Sassy.”) It appears the trademark will cover everything under the Sassy name – from cuticle tweezers to hair shampoo.

Just days before the series premiere, L.A.-based clothing company Rampage announced that they hired Savannah as the company’s first-ever Creative Director. Part of Savannah’s job includes designing a collection for the label which is expected to debut for the Holiday 2019 season. It’s going to be a stellar year for Savannah. Growing Up Chrisley airs Tuesdays at 10:30 pm on USA Network, right after Miz & The Mrs.