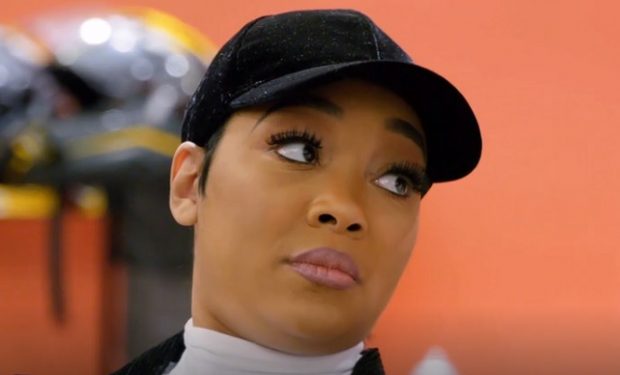 On Season 2 of T.I. & Tiny: Friends and Family, the famous couple are living together and making it work. While Tameka Harris wants to make more of her own music, so does her friend, Grammy Award winning R&B singer Monica. In January 2019, Monica released her first single in four years, “Commitment.” The track is her first single under her own label, Mondeenise Music. The song might sound a little different when you realize she’s going through a divorce with NBA basketball player Shannon Brown.

Hours before the Season premiere on April 15, Monica took to social media and posted photos of her in a prison jumpsuit with the caption: Release 4-15. Cool drop style. Her fans are excited to hear the new music. T.I. & Tiny: Friends and Family Hustle airs Mondays at 9 pm on VH1, right after Love & Hip Hop: Atlanta.