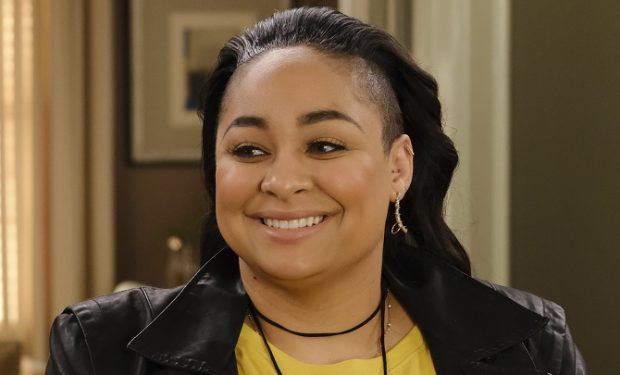 In the black-ish episode “Good in the ‘Hood”, Dre’s (Anthony Anderson) sister Rhonda (Raven-Symoné) takes her twin nephew Jack (Miles Brown) and niece Diane (Marsai Martin) to her part of town in a black neighborhood. Rhonda claims the twins are scared of their own community. So Dre and Rhonda take them to a local diner to show them why it’s so special.

[Raven-Symone wears a Born Extra t-shirt like this one]

During this episode Raven-Symoné wears a bright yellow shirt with the all-capital black words: BORN EXTRA written across her chest.

In another scene, she wears a large multi-colored, multi-textured, multi-patterned sweater unmistakably reminiscent of the distinctive sweaters made famous by Bill Cosby, the now-imprisoned creator of the show that launched Raven-Symone’s career as a child actor, The Cosby Show (see photo of Raven-Symoné in sweater below).  The Cosby sweater became an iconic piece of American attire — so much so that it’s in the dictionary.

black-ish airs Tuesdays at 9 pm on ABC, right after The Kids Are Alright and right before the new sitcom Bless This Mess starring Blaxploitation movie legend Pam Grier. Here is the former Cosby Show actress in the iconic sweater in the black-ish diner scene: 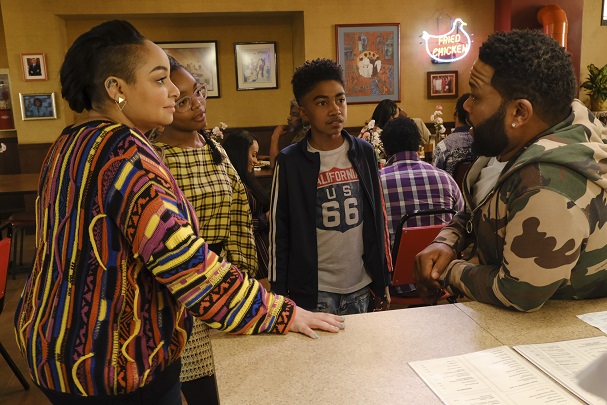 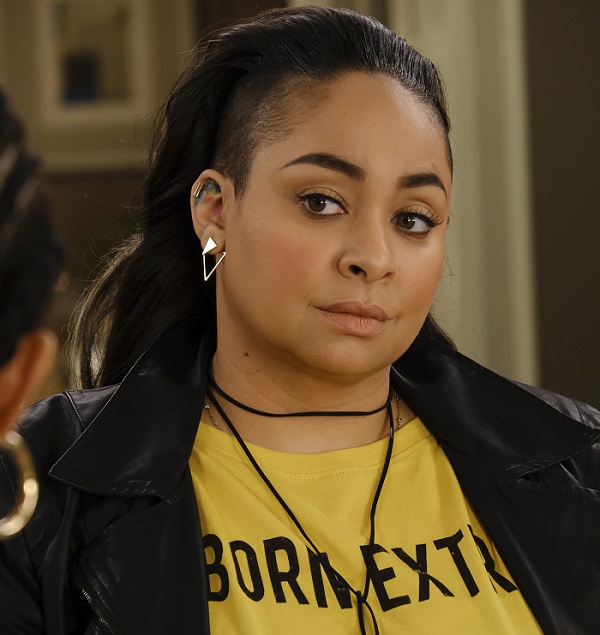