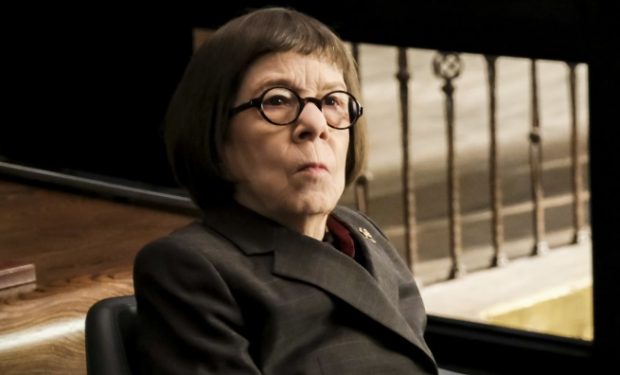 On the NCIS: Los Angeles episode “Choke Point,” a Navy Seal is attacked while moonlighting at a security job for a successful marijuana dispensary, and Sam (LL Cool J) personally vows to apprehend the suspect out of respect for the Navy Seal brotherhood. On a much lighter note, Hetty (Linda Hunt) is back! She shares a hilariously awkward scene with Eric (Barrett Foa). See video below.

After a diatribe about coveted office space — Eric says he doesn’t want her job or office but in a “hypothetical non-threatening way, I would be thrilled with that little space” — Hetty finally speaks and asks, “Are they not feeding you?” Eric stands erect and says, “I’ve actually been bulking up” and makes a muscle with his arm, “I don’t know if you can tell.” Hetty is Hetty, she appears unimpressed.

NCIS: Los Angeles airs Sundays at 9pm on CBS, right after God Friended Me and right before Madam Secretary.