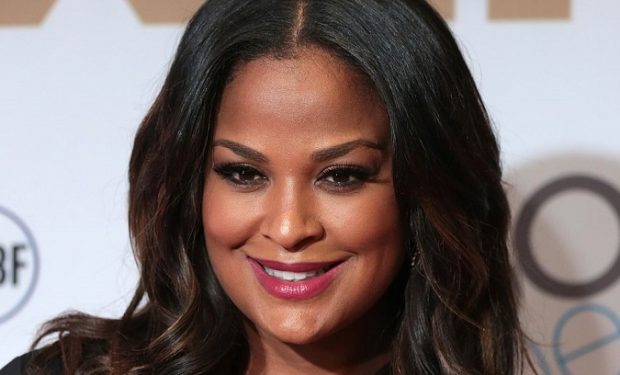 In the black-ish episode “Good in the ‘Hood”, Dre’s (Anthony Anderson) sister Rhonda (Raven-Symoné) tells him the twins, Jack (Miles Brown) and Diane (Marsai Martin), are afraid of black neighborhoods, and she blames Dre. To prove a point and provide his children with a powerful lesson, Dre goes with Rhonda to take them to a local diner. There, they bump into former professional boxer Laila Ali, Muhammad Ali’s daughter. According to Ali, she “gives Anthony Anderson a hard time” on the show.

[Ali wears a polka dot top like this one] 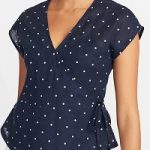 black-ish airs Tuesdays at 9 pm on ABC, right after The Kids Are Alright and right before the new sitcom Bless This Mess starring Blaxploitation movie legend Pam Grier.

Catch me giving @anthonyanderson a hard time on @blackishabc tomorrow! All new episode~ Tuesday, 4/23 at 9|8c on ABC #blackish @ravensymone

#TBT. 😍I was in the zone after I just won. Look at my proud pops in the background! He loved the way his baby girl kept racking up KO’s in spectacular fashion… staying in full control of the outcome. #Repost @melaninafitness (photgrapher ???🤔)