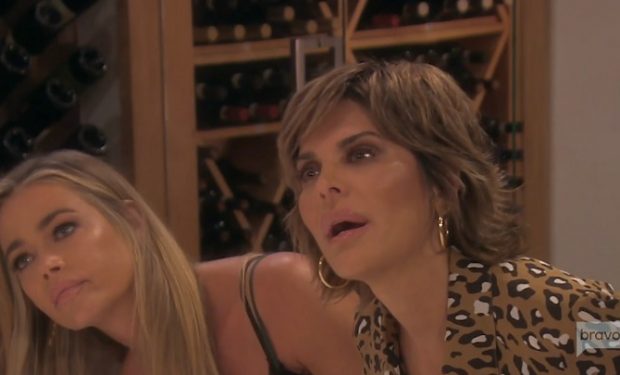 On The Real Housewives of Beverly Hills episode “A Supreme Snub,” after throwing a bridal shower for Camille Grammer at the fancy Italian restaurant il Cielo, Kyle Richards is being blamed for Lisa Vanderpump‘s absence. And then at a dinner celebrating Lisa Rinna‘s mother Lois, Kyle gets a text from her sister Kim Richards which eerily says, “I’m watching you.” When Kim walks into the restaurant, Kyle approaches her and says, “Are you kidding me? Is this a coincidence?”

[Kyle stuns in a one-sleeved dress] 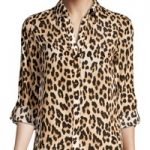 That dramatic entrance is followed by a political argument about a potential judge. The wives enter uncharted territory when Rinna and Teddi Mellencamp Arroyave go head-to-head with Camille who defends the lawmaker by saying, “I know what it’s like to be wrongfully accused.” The Real Housewives of Beverly Hills airs Tuesdays at 9 pm on Bravo. [Related: Does Kim Richards Have Something on Lisa Rinna’s Husband?]