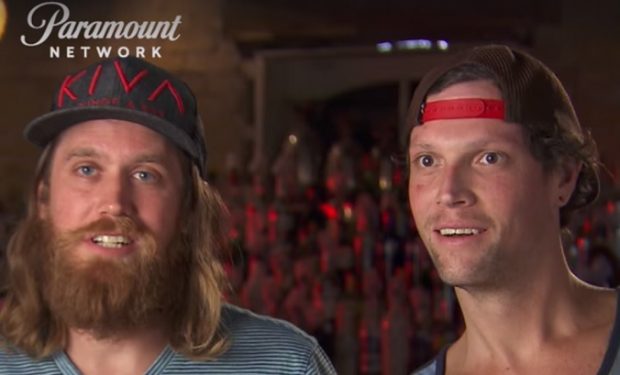 In the Bar Rescue episode “Miles from Success,” Jon Taffer meets two young bar owners, Miles (the one who wears his baseball hat backwards) and Henry (the one with the long hair and beard). In the preview, after Miles introduces himself, he takes a shot of something then throws the glass behind the bar. Meanwhile, Jon Taffer sits in his car — watching how the bar is run through the surveillance camera.

Taffer provides a play-by-play commentary as he watches the cook in the kitchen wiping the sweat off his head and face (nose and mouth) and onto his towel. A scream of horror erupts when the cook then touches a burger with his bare hands. That’s all it takes for Taffer to march into the kitchen and yell at the owners, “Your food is covered in sweat!” When Henry laughs, Taffer says, “When I shut your ass down, is that gonna be funny?”

When Henry replies, “It’s the best we can do right now,” it provokes Taffer to call Henry “a loser.” Henry admits, “I’m a loser.” Henry appears hurt by Taffer’s tough love approach. “If he’s trying to help us out, man, that’s a tough way to do it.” It’s like Henry has never watched the show. New episodes of Bar Rescue air Sundays at 10 on Paramount Network.