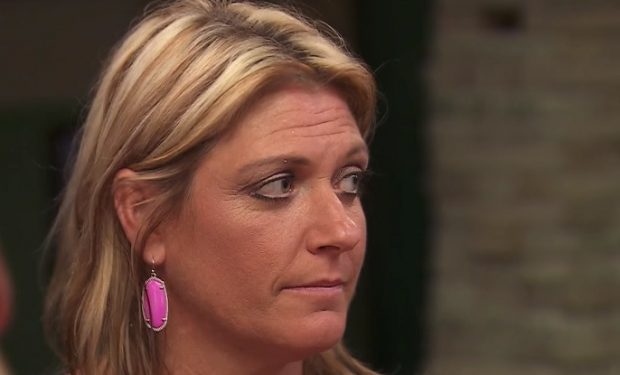 Heather at the Recovery Room on Bar Rescue (Paramount)

On the Bar Rescue episode “Tanked and Toasty,” Jon Taffer checks out the Recovery Room. Before he makes his presence known, he does his signature surveillance from his truck parked outside the bar. He watches as co-owner Heather, a middle-aged woman in white daisy dukes behind the bar, as she does shots with her girlfriends. Her husband Howard watches as they “drink all his booze.” When Howard asks Heather if she’s buying all the shots (20 in all), she says yes. One customer tells Heather, “You’re like a drunk white Oprah.”

When the shots are served, Howard tells her she doesn’t need one which she objects to and calls him a “meanie.” After she downs the shot, the husband says, “It’s not funny, really.” That’s when Taffer bursts into the bar. He’s livid and yells at Heather, “Why?!” She shrugs and says, “Because I like to have a good time.” Taffer accuses Howard of enabling his wife. New episodes of Bar Rescue air Sundays at 10 pm on Paramount Network.