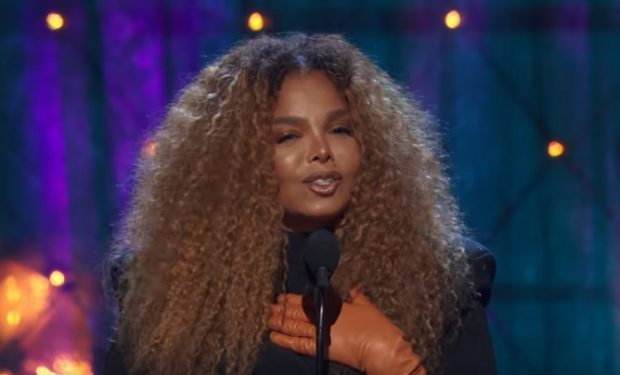 The 2019 Rock and Roll Hall of Fame Induction Ceremony was held at the Barclay’s Center in Brooklyn, New York. The seven artists/ground inductees are: Stevie Nicks, Janet Jackson, The Cure, The Zombies, Def Leppard, Roxy Music, and Radiohead. 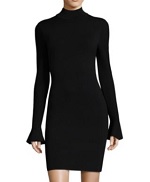 For the induction ceremony, Jackson didn’t reveal one inch of skin, other than her face which was also partially covered by long locks of curly hair. That is a very unusual move for a female celebrity in the music business, where revealing outfits and lots of skin is the norm.

Always the style iconoclast, Jackson instead opted to wear a long black turtleneck dress that dropped to the floor (the hem was decorated with light brown fauna) — and her arms and hands are completely covered in a pair of elbow length tan leather gloves. (Jackson’s choice is also interesting because for some fans it triggers thoughts of her brother Michael’s famous troubles with his skin due to the skin condition vitiligo.) The 2019 Rock and Roll Hall of Fame Induction Ceremony premieres on HBO on Saturday, April 27 at 8 pm.

Note: Janet Jackson will start her first concert residency at Park Theater in the Park MGM hotel and casino in Las Vegas on May 17, 2019. It will end on August 10, 2019.