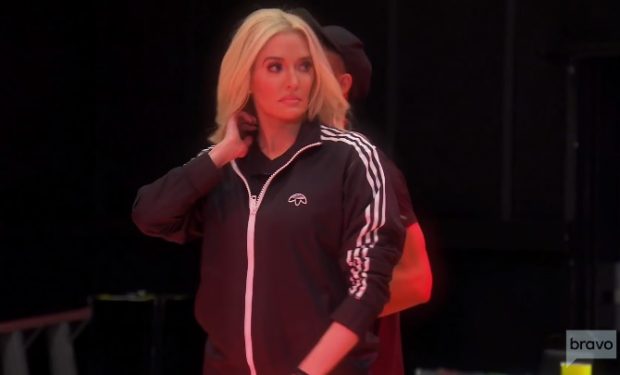 On The Real Housewives of Beverly Hills episode “A Supreme Snub,” there are two big parties. One is the bridal shower for Camille Grammer at the fancy Italian restaurant il Cielo, which Lisa Vanderpump decides to skip. The second is a dinner party to celebrate Lisa Rinna’s mother Lois. The ladies get an unexpected visitor at the latter. When Kyle sees her sister Kim Richards walk into the restaurant, Kyle approaches her and says, “Are you kidding me? Is this a coincidence?” 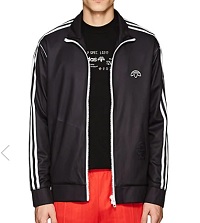 When not fine dining with friends, Erika Jayne is rehearsing in the dance studio for her upcoming Pretty Mess tour. During one number, Erika gets accidentally kneed in the face by one of her male dancers. “His knee hit my jaw pretty good,” says Erika. “I saw stars for about a half a second.”

Immediately after, when asked if she was okay, she said no, “My whole neck got readjusted.” After a little break Erika said, “I don’t want to make it a big deal” and went on with the rehearsal. She knows that anything can happen on stage. “You get hit, you get kicked, you get scratched… the show must go on.” The Real Housewives of Beverly Hills airs Tuesdays at 9 pm on Bravo.