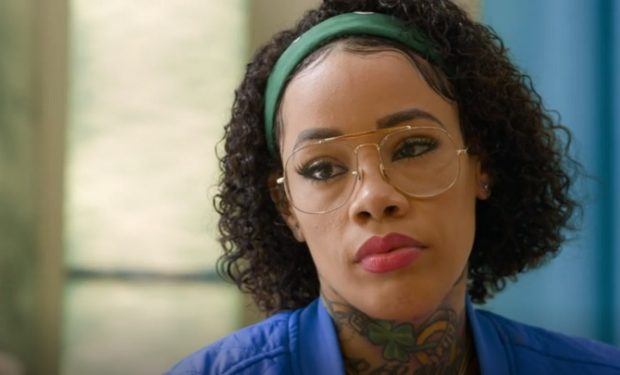 On the Love & Hip Hop Atlanta episode “One For the Ages,” Karlie Redd is getting ready for her engagement party. When she reunites with Chevante “Che” Mack who’s been hired as the DJ at the party, according to Che Mack, Karlie pretends like she doesn’t know her. When Che tells Pooh Hicks (who wasn’t invited to the party) about being dissed by Karlie, the two plot revenge. Pooh delivers notarized “receipts” about Karlie to Che and tells her to serve the papers and expose Karlie at her engagement party.

Backstory: Che Mack appeared on Love & Hip Hop Atlanta Season 2. She was desperate to work with Stevie J but his wife Joseline dismissed Che as “the help” and Stevie told her to lose 30 pounds. Five years later (weight lost and braces gone) and Che Mack’s glow-up is real. Despite making her mark as a DJ, becoming a mother, and dating rapper Made Man, according to VH1, Che “still harbors resentment over the way she was treated years ago, and a chance encounter with Karlie Redd leads to a shocking act of revenge.”

[Made Man’s album Father of 4]